Last week, I was asking members of my Facebook community for some anonymous feedback. And I got something back that I really wasn’t expecting.

“Pictures from the beach make me feel unsuccessful too. I’m stuck in [insert any location] with a teenager in a little inner city house….”

it’s never really as it appears

There’s been a couple times over the past few months where I’ve wondered if my lifestyle is putting people off working with me.  Maybe to outsiders I seem unfocused and unavailable. 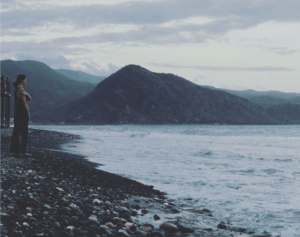 I tried to suppress the voice of self-doubt that was popping up from time-to-time.  And then tons of people encouraged me to keep sharing.

And so I shared.  Photos of where I am.  People I’m working with.  What I’m planning to do next.

I own my story.  It makes me unique and I’m proud of it.  But…sometimes it terrifies me.

So just like a competitor’s website may make us think they’ve got their sh*t together far more than we do, how we interpret what we see of one another’s lives may not be quite as it appears.

here’s what you may not know


2015 was a SUPER successful year for my business because I found ways to diversify my revenue streams.  But it was also a year that had a significant negative impact on my marriage.  I spent about 120 days of that year away from my husband on either business or personal commitments, like family visits and weddings.

My relationship didn’t make it out the other side.  In April of 2016, we separated.  And shortly after that, I put all my stuff into storage and left with a single suitcase.  I was ready for a change of scenery.  Plus I NEEDED to be in a place where the cost of living was cheaper because, hey, I’m still an entrepreneur and London is expensive!

I was ready to start afresh…

but I didn’t know where.

And because 2015 had been so successful, I didn’t need to make that decision for awhile.  I had enough money saved up to give me the space and time to figure that out.

The past year has largely been about self-care and self-reflection.  The end of an 8 year relationship.  The abrupt departure from a place I called home for 11 years.  The unknown of where I would go next or how long I would stay for.  Meeting new people.  Choosing who to trust.  Making mistakes.

Business was running in skeleton mode.  I worked hard, but only for the amount I needed to break even.  And that was ok.

Sometimes we must force ourselves to take care of ourselves first.  Over anything or anybody else.  It’s why we must put on our own oxygen mask before assisting others.

This journey has been my oxygen mask.  Maybe that’s not as it appears.

Europe, primarly for business commitments but also because detaching from one’s life requires some logistics and regular appearances.

The US, because that’s where my family and oldest friends live. I wanted to spend time with the people who I have selfishly been apart from for more than a decade, a decision they have only ever supported.  I was reminded of the Boston girl I used to know – before the college education, expatriation, and insatiable wanderlust softend it all right out of me.

Jamaica, partly because I really needed to avoid winter (I suffer severely in the cold!!) but mostly because this little island nation has taught me so much.  Of endings and new beginnings.  Of taking chances. Memories of laughter and passion and loyalty. Friendships which, despite the short time, already merit the effort to sustain for a lifetime.  For this nomadic soul, it’s one place in the world that feels like ‘home’.


And Kenya, first out of curiosity for the tales of entrepreneurship I’d heard about.  And then because it has become a place I’m reallllly feeling.  I’ve experienced such moments of pure joy and laughter, connected with so many amazing people both professionally and personally, and I believe my skills can really make an impact on startups in the region.  It will be the next place I’ll call home for awhile.

My aim is to be there more permanently (permits permitting) from early October.  So the daily beach photos will stop soon 🙂

But in the meantime, I’ll be in Jamaica.  Working either from our really shabby, remote beach house or in the offices of some of my local clients.

the point is this…

Not everything is as is appears.

Don’t value your ‘success’ in comparion to  how someone else’s appears.  You can create a business that matches YOUR definition of success.

I guarantee that all of ours are different.

own your own story

This is my story.  The beauty (and sometimes frustration) about us humans is that we all have a different one to tell.

And yet so many entrepreneurs I meet hold back from telling theirs.  Because they:

it’s time to come out from behind the scenes

Success in business is all about getting people to know, like and trust you.  But if you remain behind the scenes all the time, no one will know that your, or your business, exist.

And that’s why Owning Your Story is one of the modules that we cover in Simplicity.  Because when you own your story, you’ll become so much clearer and more confident in talking about yourself and your business.  You won’t stumble over which words to use or struggle to get other’s to pay attention to your message.

Learn more about Simplicity and join the waitlist here.