A few weeks ago, I took a Monday off.

When I mentioned this to several people, the unianimous reply that I received was “oh you’re so lucky!”.

The truth is that I hadn’t had a single day off in two weeks.

I’d slept, on average, 4-6 hours a night and was surviving on adrenaline and caffeine.

I was in the middle of a super busy point in business and had no one to lend a helping hand.

In the moments when I finally could slow down, I was often overcome by sadness (having lost my Dad at the beginning of March).

Lucky, they said.  But I was on the road to burnout.

the truth about entrepreneurship

To an outsider, entrepreneurship seems glamorous.  We work for ourselves.  We do work we love.  We make our own hours.  We have freedom. 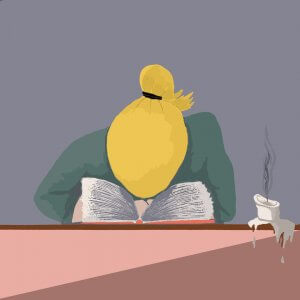 But when we work for ourselves, the pressure is entirely on us.  There is no paycheck guaranteed at the end of the month.  So we tend to overcommit and put ourselves until extreme pressure.

And because we love the work we do, we can spend endless amounts of time on it.  Unlike a 9-5 where we can shut down at the end of the day and leave work behind, our businesses are always with us.  Our brains are always active.  There is very little downtime.

Yes, sometimes our hours are flexible.  We have a slot in the middle of the day to run errands.  We can give ourselves a Monday off or an afternoon off.  But on most weeks, we put in more than 40 hours a week.  Much, much more.

We wake early, work late, and find it very difficult to take time off.  And alongside all this, we try to fit in everything else that’s important to us.  And because of this, we often put ourselves at the bottom of our priority list.

Maybe that’s still freedom.  But it comes at a very serious cost.

Last year, our Afri-love Connection Club women participated in a session about burnout – how to recognise it, how to prevent it, and what to do if you’re in the middle of it.

Of the 30+ women around the table, each and every one of them said that they had either experienced burnout before or felt they were well on their way to getting there if they didn’t make a change.

I was no different.

I’ve faced burnout three times in the past.

The first time was around 2007

I was managing an operations team at JP Morgan.  The role required early shifts from 7AM to 3:30-4PM and late shifts starting at 10AM and finishing “whenever the day was done”.  If things ran smoothly, that meant 8PM.  If not, it could be as late as midnight.  I consistently worked 12-14 hours days for months on end.

Until one day, I fell in the shower.  It took physical injury for me to wake up and realise that this lifestyle was not sustainable.

But I had no idea what I was experiencing was the early signs of burnout.

I was able to talk to my boss and ask for more support.  Eventually it came.  My hours decreased.  My sleep improved.  And over time, I felt ‘normal’ again.

At the point, I was an entrepreneur.  An unexpected consulting opportunity arose with a big corporate with offices across Europe.

The travel was super intense, but I kept telling myself that this gig wouldn’t last forever.  And the money was so good, that I kept saying yes.

I had to travel nearly weekly for 1-3 nights per week, for 4 consecutive months.  In the times that I was home, I would take care of everything else in my personal and business life.

I was exhausted.  I was irritable.  I was sad.  My marriage was falling apart.  My life seemed so unstable.

A friend told me I might be experiencing burnout.  So I Googled “signs of burnout” and had about 14 of the 16 symptoms.

Fortunately I realised this just as the end of the year was approaching.  I knew that January would be a quiet time for me, so I was able to take close to a month off to recover.

I hate to think what would have happened had I just kept going.

I set really ambitious goals at the start of this year, particularly for the first quarter.  And despite a series of REALLY MASSIVE curveballs thrown at me by life, I kept going.

I completed my rebranding and went straight into the launch of Storytelling School, which included a ton of strategising, content creation, webinars, workshops and hustling.

As soon as that launch was finished (and course delivery began), we opened up doors for our quarterly intake to the Afri-love Connection Club.  More content creation.  More events.  Plus travel.

When I finally allowed myself to take that Monday off, I realised that this intensity was not sustainable and, if I didn’t ease up soon, I’d again be heading straight towards burnout.

but this time was different

First, I recognised it.

In that past I was only reacting to what my body and mind where telling me, at a point when I was already quite far along in the path to burnout.  This time I realised much earlier on and knew what would happen if I kept going.

Second, I felt zero guilt in taking some time for myself.

Yes, I still had a massive to do list.  But it was filled with very little that I owed other people or that needed to happen immediately.  Most could wait a few days, or longer.  And I prioritised appropriately.  I started with weekends.  Then imposed tougher work boundaries (no work past 9PM).  And then hid my laptop for the majority of the Easter holiday.

Third, I told other people what I was going through.

This is often the hardest part as an entrepreneur.  We don’t want to admit that we’re burning out because we truly want or need to keep pushing forward.  Admitting burnout is almost like admitting that we failed.

And we have failed.

We have failed to take care of ourselves.

But by telling others, I knew that I wasn’t alone.  I could tell those “oh you’re so lucky” people to f**k off.  No one should make us feel bad for looking after ourselves!  Particularly people who have no idea what’s it’s like to be an entrepreneur.

I don’t have the answers

Having been close to / experienced burnout at least 3 times in the past decade or so, I certainly don’t have the answers.

Yes, I could work less.  But that doesn’t always work.

Yes, I could get support.  But that takes time and money and trust.  It’s not an overnight solution.

All I know for certain is that burnout is a real thing that can affect us all at any point in our entrepreneurship journey.  And if that burnout becomes severe, it will literally stop us in our tracks.

At some point, our minds and bodies will force us to stop and take a break.

And if we have no contigency plans in place, that forced break could also break our businesses.  Without us, our businesses could fail.

Look after yourselves.  If all that you haved to spare is a couple of hours, then please take those couple of hours.  If you can afford it, then TAKE MORE.  And do not feel guilty in the process.

I’ve learned that even just a day to recharge makes me sooooooo much more productive in the days to follow.  I’m more focused.  I’m more motivated.  And I’m certainly have more energy.

I know it’s not easy, but it is so necessary.

Have you been close to or experience burnout as an entrepreneur?  Leave a comment below and tell us about it, plus anything that you tried to get past it.  I promise…you are not alone.